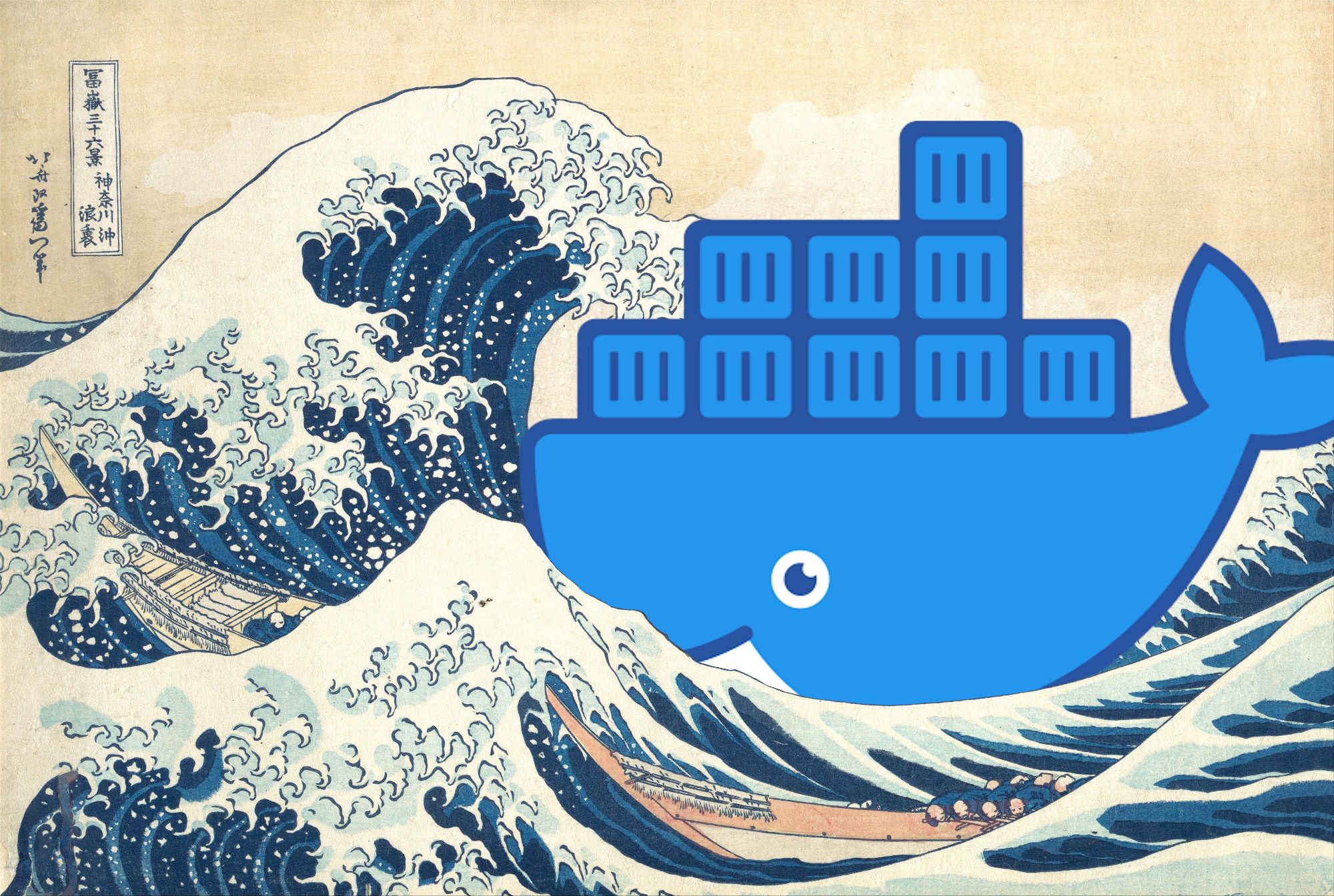 This post is part of a short blog series on using Docker for scientific applications. My aim is to explain the motivation behind Docker, show you how it works, and offer an insight into the different ways that you might want to use it in different research contexts.

Let’s get straight to business: Here’s what an example Dockerfile for a simple Python project might look like. (The comments are added to make it easier to reference later in this post.)

First let’s figure out how to turn this Dockerfile into a container that we can run. The first step is to get the code – you can find it in this repository so you can clone it and follow along.

The first step to getting this ready to run is docker build. To build an image, you need a Dockerfile, a name for the image, and a context. The Dockerfile is what tells Docker how to build the image, the name is what Docker will use to reference this image later (e.g. python or hello-world), and the context is the set of files from your file system that Docker will have access to when it tries to build the project.

Usually the context is the project directory (usually also the directory where the build command is run from). Likewise, by convention, a Dockerfile is generally called Dockerfile (with no extension), and lives in the project’s root directory. If this isn’t the case, there are additional flags to pass to docker build that specify where it is located. The name is given with the -t flag, also specifying any tags that you want to provide (as always, these default to :latest). The -t flag can be provided multiple times, so you can tag one build with multiple tags, for example if your current build should belong to both the latest tag, and a fixed tag for this release version.

Having cloned the example repository, you can run this build process like this:

There are a few things to notice here. Firstly, Docker sends the build context (that’s the . part) to the Docker daemon. We’ll discuss the role of the Docker daemon a bit in the next post, but for now, the daemon is the process that actually does the work here. After that, we start going through the steps defined in the Dockerfile (you’ll notice the five steps each match up to the five commands). We’ll go through what each command is actually doing in a moment, although it might be interesting to get an idea for what each line is doing before reading onwards.

Before we explore the individual commands, however, we should figure out how to actually run this compiled image. The Python script that we’re running is a fairly simple one – it has two commands, one to tell us how many items of data we’ve got, and another to give us the average values from that data. We can run it like this:

This is very similar to the hello-world container that we ran, except without any need to download anything (because the container has already been built on our system). We’ll look at transfering the container to other computers in the next post, but, in principle, this is all we need to do to get a completely self-sufficient container containing all the code that we need to run our project.

For now, let’s go through the Dockerfile step-by-step and clarify what each command given there is doing.

Step-by-step Through The Dockerfile

The first thing (1) a Dockerfile needs is a parent image. In our case, we’re using one of the pre-built Python images. This is an official image provided by Docker that starts with a basic Debian Linux installation, and installs Python on top of it. We can also specify the exact version that we want (here we use 3.8.5).

There are a large number of these pre-built official images available, for tools such as Python, R, and Julia. There are also unofficial images that often bring together a variety of scientific computing tools for convenience. For example, the Jupyter Notebooks team have a wide selection of different images with support for different setups. Alternatively, most Linux distributions, including Ubuntu and Debian1, are available as parent images. You may need to do more work to get these set up (for example, you’ll need to manually install Python first) but you also have more flexibility to get things set up exactly how you want.

Once we’ve got our base image, we want to make this image our own. Each of the commands in this file adds a new layer on top of the previous one. The first command we use (2) is fairly simple – it just sets the current working directory. It’s a bit like running cd to get to the directory you want to start working in. Here, we set it to /opt/my-project. It doesn’t really matter what we use here, but I recommend /opt/<project-name> as a reasonable default.

The next step (3) is to add our own code to the image. The image that we’re building will be (mostly)2 isolated from the computer that we run it from, so if we want our code to be built into this project, we need to explicitly put it there. The COPY command is the way to do that. It creates a new layer that contains files from our local system (.) in the location in the image that we specify (/opt/my-project).

At this point, we have a python project inside a Docker image. However, our project probably has some third-party dependencies that will also need to be installed. As I pointed out before, the Docker container that we’re aiming for is isolated from the computer that we will run it from, which also means that any dependencies that we need must also be installed inside the container. The RUN (4) command allows us to run arbitrary commands inside the container. After running the command, Docker then creates a new layer with the changes that were made by the command that we ran.

Here, we run the pip command to install all of our dependencies3. We load the dependencies from a file called requirements.txt – if you’re not so used to this system, this is a way of defining dependencies in a reproducible way, so that any future user can look through a project and see exactly what the will need to run it. It’s important to emphasize that Docker doesn’t need to replace requirements.txt, CMake, or other dependency management tools. Rather, Docker can work together with these and other tools to help provide additional reproducibility guarantees.

The final part of our Dockerfile is the ENTRYPOINT command (5).

Part of the idea of Docker is that each Docker container does one thing, and it does it well. (You might recognise the UNIX philosophy here.) As a result, a Docker container should generally contain one application, and only the dependencies that that application needs to run. The ENTRYPOINT command, along with the CMD command tells Docker which application should run.

This ability to replace the default command comes from using CMD. In the Python Dockerfile, there is a line that looks like CMD python, which essentially tells Docker “if nobody has a better plan, just run the Python executable”.

On the other hand, the arguments to ENTRYPOINT will just be put before whatever this command ends up being. (It is possible to override this as well, but it’s not as common.) For example, consider the following Dockerfile:

When we run this container, we get the following options:

As a rule, I would recommend using ENTRYPOINT when building a container for a custom application, and CMD when you’re building a container that you expect to be a base layer, or an environment in which you expect people to run a lot of other commands. In our case, using ENTRYPOINT allows us to add subcommands to the main.py script that can be run easily from the command line, as demonstrate in the opening examples. If we’d used CMD instead of ENTRYPOINT, then running docker run my-analyser count-datapoints would have just tried to run the count-entrypoints command in the system, which doesn’t exist, and would have caused an error.

Next: Part 3 – Practical Applications in Science

In this second of three parts, we’ve looked at an example project with an example Dockerfile. We explored how to build and run this Dockerfile, and we explored some of the most important commands needed to set up the Dockerfile for a project.

In the final part, I want to explore some of the different ways that someone might use Docker as part of research. For example, how to distribute Docker containers to other places, how to run Docker containers on HPC systems, building Docker via Continuous Integration, and other places where you might see Docker being used.

HIFIS offers free-of-charge workshops and consulting to research groups within the Helmholtz umbrella. You can read more about what we offer on our services page. If you work for a Helmholtz-affiliated institution, and think that something like this would be useful to you, send us an e-mail at support@hifis.net, or fill in our consultation request form.